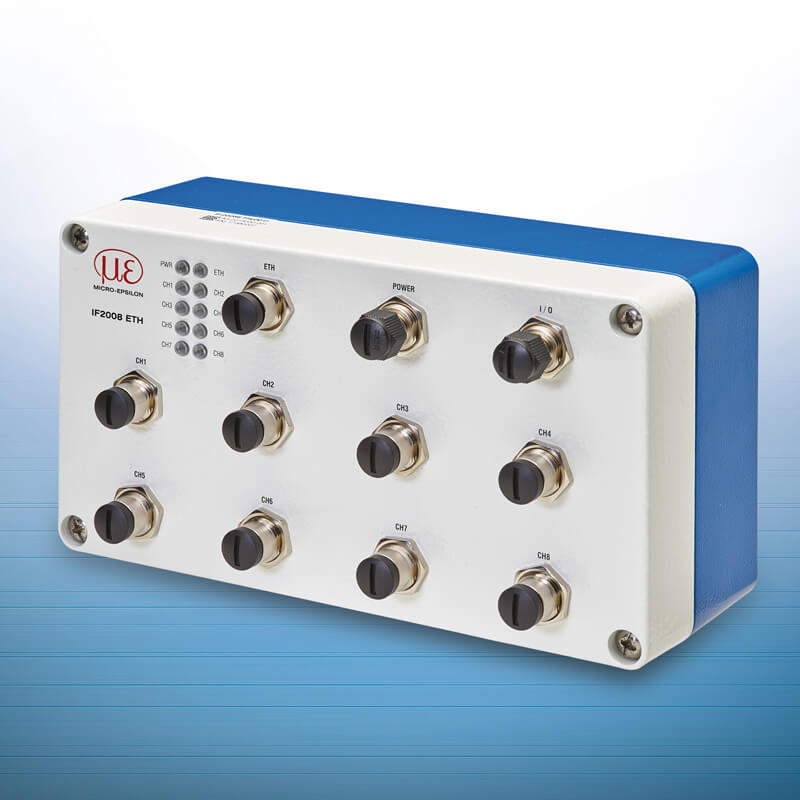 The new IF2008/ETH interface module integrates several Micro-Epsilon sensors into the production process. Up to eight sensors and/or encoders with RS422 interfaces can be connected to an Ethernet network.

The robust IF2008/ETH interface module is developed for multi-channel applications where several displacement sensors are integrated into an Ethernet network. It offers four programmable switching in-/outputs, ten indicator LEDs and a web interface for configuration. Furthermore, the sensorTOOL software is available for visualization and storage of recorded data.

The IF2008/ETH integrates up to eight sensors and/or encoders with an RS422 interface into an Ethernet network. Acquisition and output of data via Ethernet is also performed at high speeds of up to 200 kHz. The interface module is compatible with optoNCDT laser sensors, confocalDT confocal sensors and optoCONTROL laser micrometers. Typical applications include the planarity measurements and two-sided thickness measurements with optical displacement sensors.