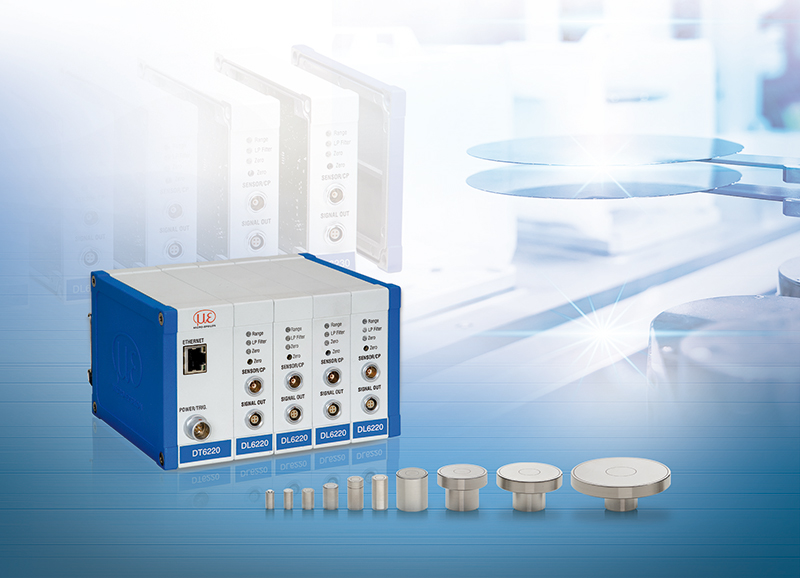 Capacitive sensors from Micro-Epsilon are used for precise displacement measurements as well as non-contact thickness measurements. They achieve submicron accuracy even in industrial environments. Therefore, they are used for production monitoring of battery film.

Whenever high precision and stability are required for thickness measurements, capacitive sensors from Micro-Epsilon come into their own. It’s a unique combination of innovative sensor design, comprehensive accessories and powerful multi-channel systems. These capacitive sensors provide values in the submicron range even in industrial environments and achieve unmatched linearity, repeatability and resolution. Due to their high temperature stability, they are ideal for environments with fluctuating temperatures.

One of the key advantages of Micro-Epsilon’s capacitive systems is their compatibility. The capacitive sensors can be combined with every controller without requiring any calibration effort. Various interfaces such as analog, Ethernet and EtherCAT enable connection to modern machines and systems. Settings can be made via the user-friendly web interface.

Capacitive sensors monitor the film thickness directly in the production line. Attached to a measuring bracket, the sensors measure against the strip from two sides. Each of the two capacitive displacement sensors delivers a high-resolution distance signal, which is directly processed in the controller as a thickness measurement value. This method enables micrometer-precise inspection of the battery film thickness. The measuring spot of the capacitive sensors is larger compared to optical methods, which averages out any structures and anomalies on the surface. Using the capaNCDT 6200 multi-channel controller enables processing of several sensor pairs with just one controller. Their high temperature stability also enables applications in high ambient temperatures.